Ok, so this video has a heavy track, heavy lineup, heavy babes, heavy dances so lets just say its heavy. Will need to go watch it a few more times. It’s very rare for a new artists to get this many heavyweights on a track and in the video too, Am sure Omo Akin will capitalize on this and keep the momentum going. Ta lo Sobe?
Omo Akin is a very dynamic,diversified and creative individual. Music has always been a big influence in his Life,as a child he was always passionately singing along to songs from the likes of Michael Jackson,Sunny ade,R.kelly,Gospel singers like Ayewa,Christy Essien,2pac,Fela,e.t.c,It was inevitable he would get involved with making Incredible Feel Good Music.
With Interest in various of genres such as juju,Rap,Hi-Life,RnB,Dancehall,Funky House,Hip life,Afro beat. Such Influences and diversity has been reflected in his music as he does not refer to himself as a singer/rapper/soul artists but as a Lover of Music that Enjoys Creating Good Music and Enjoys Entertaining. Twitter : @omoakinofficial
The video was directed by omo akin films ( A n R Films). 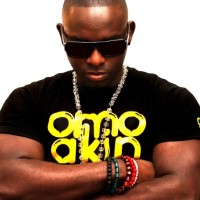